It’s that time of year again. Samsung has done it.

The color of the S22 Ultra is enhanced by the burgundy S on the box. Cut the protective paper tapes on both sides and the cover falls off, revealing a huge slab of glass, sitting in the dark. There’s a little bit of clear label where we lift and knock, and find it’s a bit heavier, but not as heavy as the Fold 3. I definitely like the S21 Ultra though. 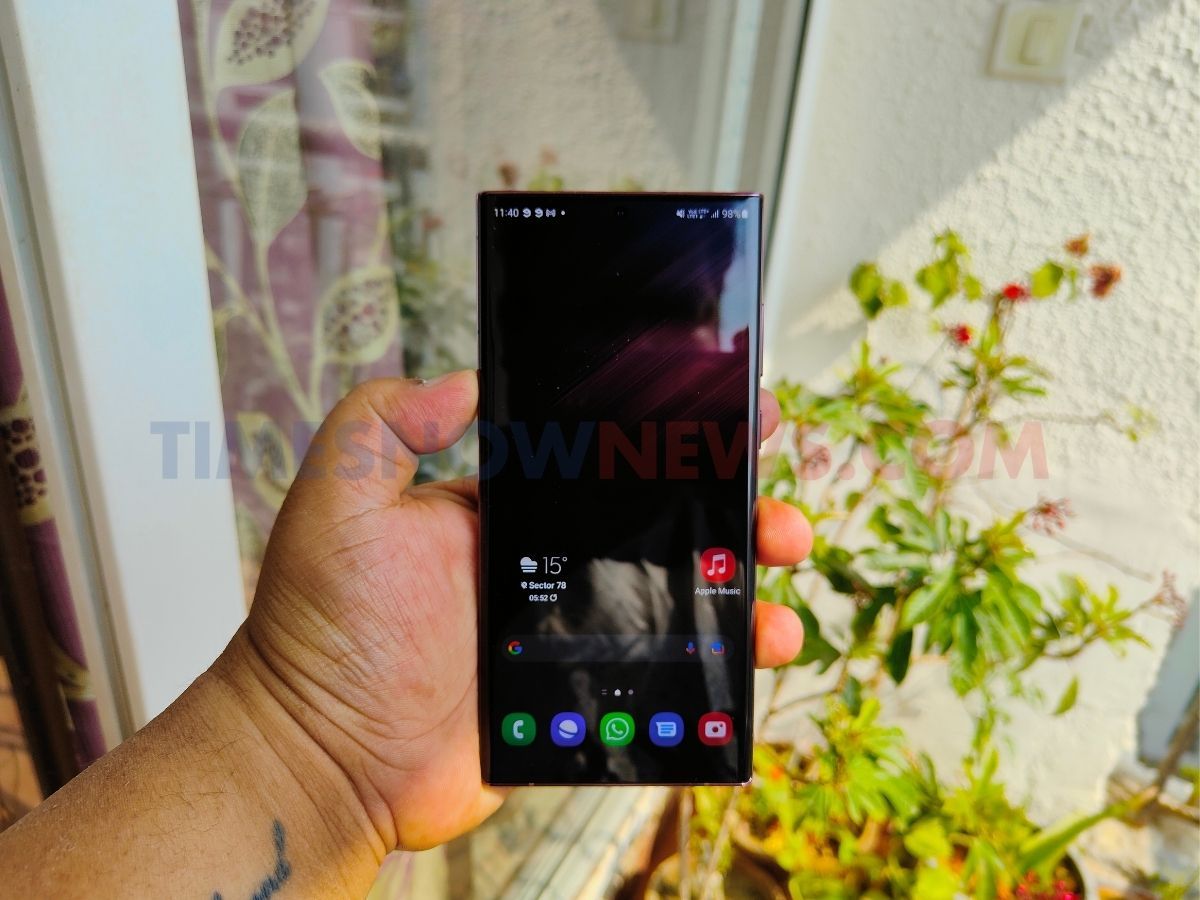 If you look back, the S20 Ultra’s camera module was, rather, not an observer. The S21 Ultra changed to a flowy look where the module will merge with the frame and now the S22 Ultra. The frame is intact and the lens just sits against each other. 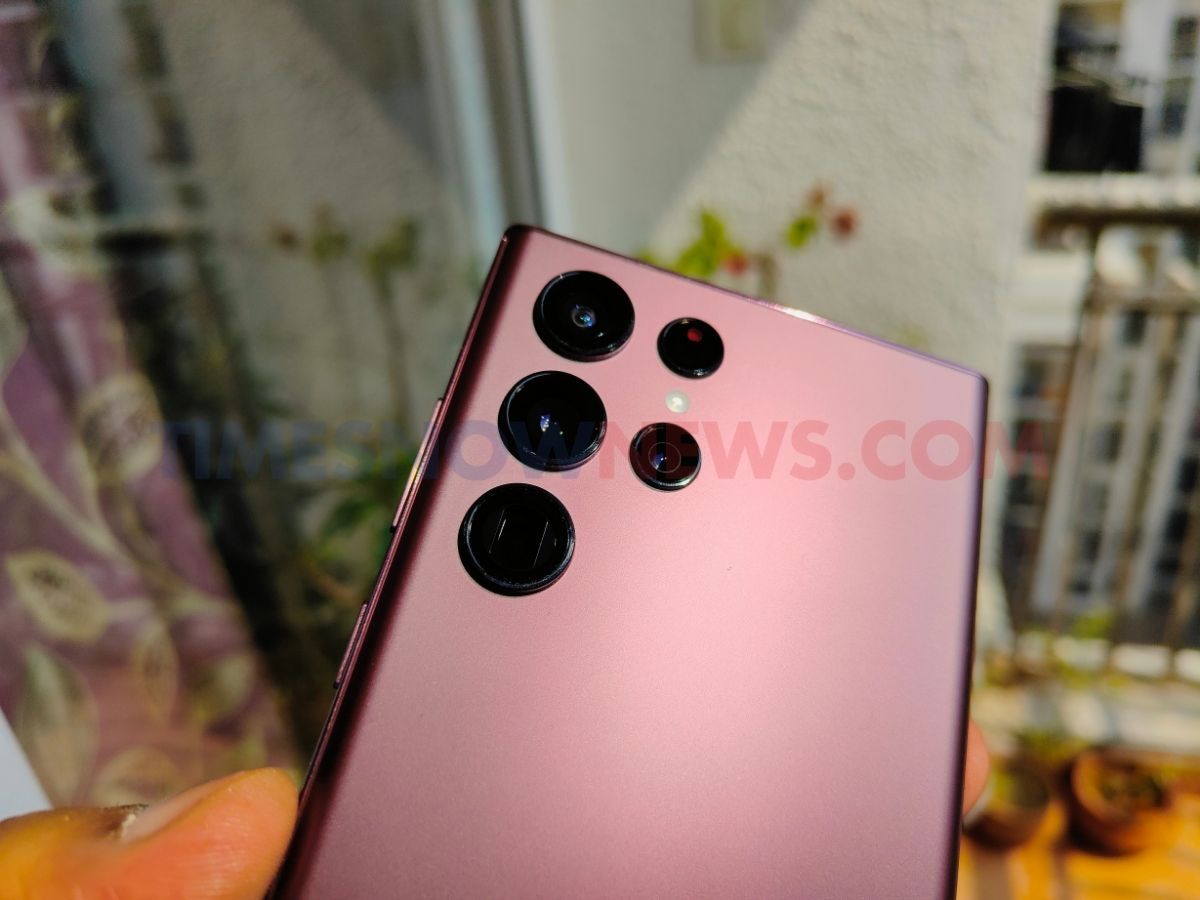 The bottom of the frame is where the biggest change is: an S Pen silo and also the S Pen. The S Pen has a real matte black finish with a burgundy glossy finish clicker on top. This is Samsung’s biggest reveal since it discontinued the Galaxy Note series. Truth be told, the S22 Ultra takes a ton of design cues from the Note 20 Ultra. Let’s say if you’re switching from the Note 20 Ultra to the S22 Ultra, you’ll find yourself looking at two very similar-looking phones. And of course you get the S Pen and its accompanying features, which leaves us wondering: is this the new Note? 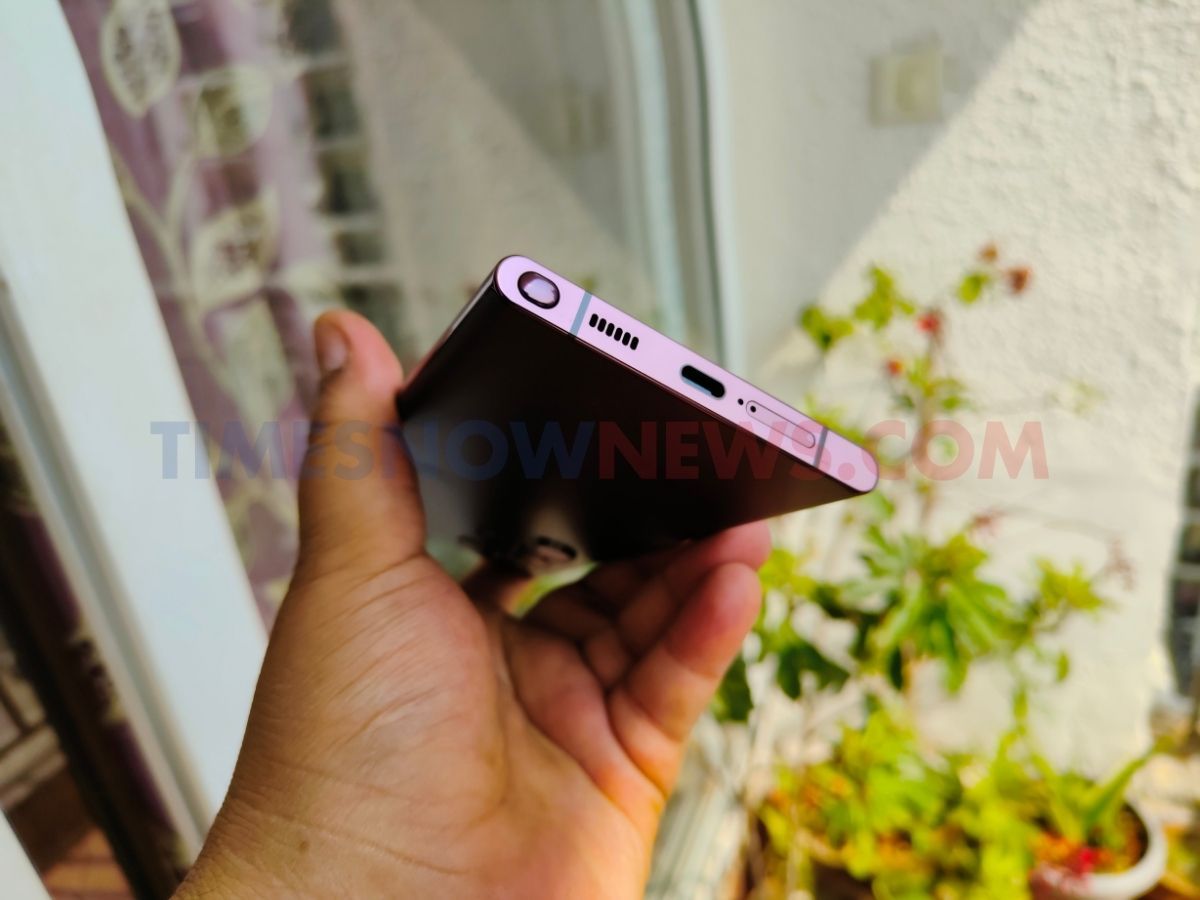 Samsung has non-verbally indicated that the Note line as a smartphone line is dead. The Note will become more of an “experience” than just a phone. It’s now apparent that the Note 20 Ultra really was the last Note. The S22 Ultra now looks to change that.

Samsung has added its arsenal of support related to the S Pen and has also added a slot to store it. The stylus is also better now: It boasts lower latency, transcribes handwriting in 88 languages, and keeps its previous features like Air Gestures, remote camera, and more. 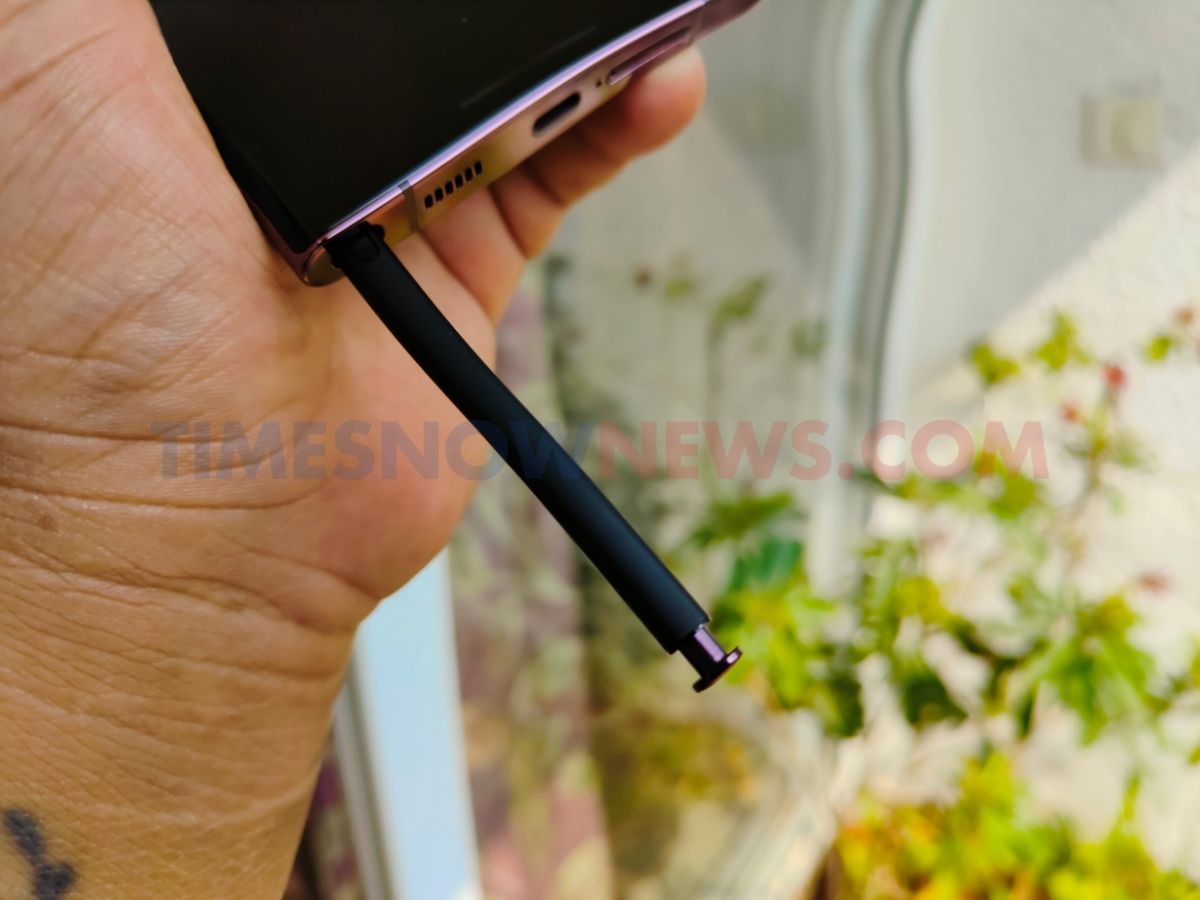 The design is also different compared to its S-badged counterparts. The S21/S20 Ultra featured similar design language as its lower variants. But the S22 Ultra now changes that – it looks so much better with its flowing lines and curves. This visually stunning design works well and stands out from the crowd.

Well, long story short, the S22 Ultra might just as well be called the S22 Note Ultra. Yes, that sounds better to us, but Samsung probably had its reasons.

Performance-wise, the phone felt super sleek and smooth to navigate. Initial boot-up and setup were quick, though the phone would sometimes go offline while checking for an update. But we blame the drop in internet speed. 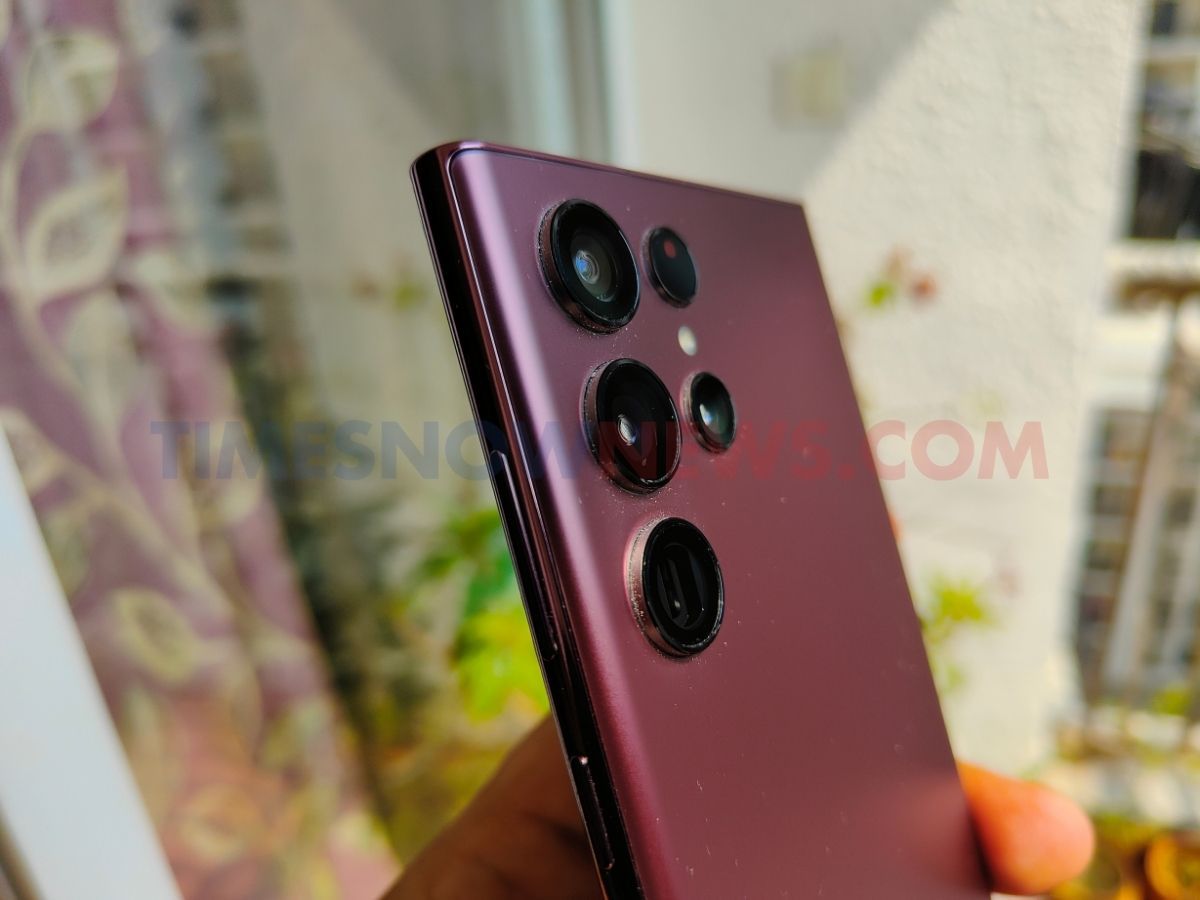 The heart of the S22 Ultra is Qualcomm’s latest nuke: the Snapdragon 8 Gen 1. And more good news follows: India gets the Qualcomm variant this time. Samsung really listened, but is the Snapdragon the best or should we have gone with the Exynos chips that are getting better and faster now? We will find out in our full review.

The screen is catastrophically bright, with a maximum brightness of 1750 nits. Which has the ability to bring you excellent quality and at the same time dazzle your eyes. We will not go into the specifications of the screen. Just know that this is one of the best screens you’ll get on a smartphone. We know it’s grammatically incorrect to add a superlative -est, but it’s that good. More in our review.

That’s it for our first impressions. We’ll be back with our full review soon.