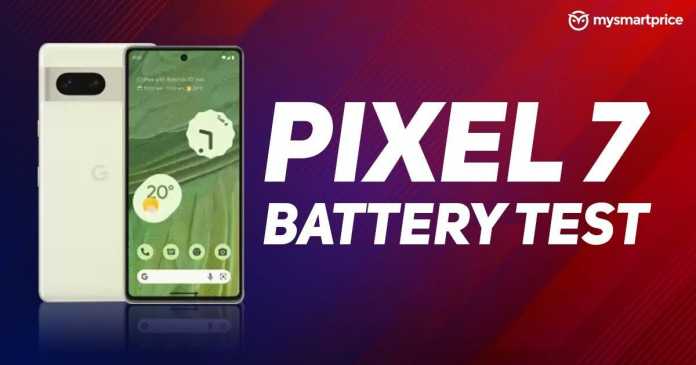 It’s been three years since we last saw a flagship Pixel phone officially launch and sell in India. The Pixel 7 series made its debut in India in October 2022, which makes this feeling even more special because a Pixel flagship was priced below Rs 60K for the first time. Starting at Rs 59,999 (and up to 10K additional offerings), the Pixel 7 goes head-to-head with some of the most powerful competitors in the Android space, namely OnePlus 10 Pro, Xiaomi 12 Pro and Vivo X80. .

While the Pixel’s traditional strengths have been its camera and software wizardry, a new variable in this equation is its custom Tensor chips. The Pixel 7 comes with Google’s new Tensor G2 chipset, which promises to improve on some of the shortcomings that plagued the first-gen Tensor. The Pixel 6-series Tensor chip had issues with heating and inconsistent battery consumption. We put the Pixel 7 to the test to see if the Tensor G2 fares better and how it compares to 2022’s Snapdragon and MediaTek chipsets.

If you’re not familiar with MSP battery testing, here’s how it works. All phones used in the test are charged to 100%. They are connected to the same Wi-Fi network, with airplane mode activated and without a SIM card installed. They all have their screen brightness set to maximum with auto-brightness off, and their speaker volume stays at 100% for rounds that involve sound output. All the phones we used were running on the latest stable software version available for them. We use OnePlus 10 Pro, Xiaomi 12 Pro, Vivo X80 and Pixel 7 for this test. Here’s a helpful refresher on its specs before we dive into the results:

Note that the OnePlus 10 Pro and Xiaomi 12 Pro come with QHD (1440p) displays, but for this test, we set their screen resolutions to FHD (1080p). Our test consists of 5 different rounds, namely:

Now that you have a clear idea of ​​the testing methodology, here are some of the key results of our tests:

While it doesn’t pack a fancy 10-bit display or superior LTPO technology, the Pixel 7 display still manages to hold its own against stiff competition. It’s a vibrant, punchy panel with near-accurate color reproduction, something the Vivo X80 and other sub-50K phones lack. The Pixel 7’s screen is also smaller than most modern flagships, which can be a good or bad thing depending on how you look at it. I love the phone’s smaller form factor, and the 6.3-inch size is still big enough not to make text or video content feel cramped. Although, Google could have done a better job of reducing the bezels.

The Xiaomi 12 Pro still takes the cake in terms of display, thanks to its 10-bit panel with Dolby Vision support for apps like Netflix. The OnePlus 10 Pro comes in second place. Both phones also feature curved screens that make the front of these devices appear almost frameless.

Like most modern flagships, the Pixel 7 has a stereo speaker setup, which works surprisingly well too. Even without a dedicated secondary speaker like on the Xiaomi 12 Pro, the Pixel 7’s earpiece combines with the bottom speaker to deliver well-tuned sound with just enough bass. By comparison, the Vivo X80 and some other iQOO phones still sound too small despite having stereo setups. In general, the experience of viewing multimedia on the Pixel 7 is good enough, but for the best experience, the Xiaomi 12 Pro will be my choice.

Here’s a breakdown of the three flagship chipsets in these phones that we put to the test:

As you can see from the paper specs, the Tensor G2 lags behind the Qualcomm and MediaTek 2022 SoCs as:

This is also reflected in the benchmark scores, as Tensor G2 scores are closer to last year’s Snapdragon 888 than current-gen chips. Have a look:

However, it was encouraging to see that the Pixel 7 managed to control performance throttling and overheating to some extent. It’s still powerful enough to get phones running smoothly, thanks in large part to Google’s software optimizations. The Pixel 7 isn’t meant to be a gaming device, but it can still run all the best mobile games on the highest graphics settings. Although, don’t expect endless hours of sustained high performance from it. However, casual gaming sessions shouldn’t be a problem.

That doesn’t mean all is well for the Pixel, as the Tensor G2 still showed some worrying signs in our tests. First off, during our 30-minute video recording test, it was only able to record about 15 minutes of video before giving an overheating warning. The OnePlus 10 Pro gave a similar warning, but continued to record video with the screen preview turned off. The Pixel, on the other hand, simply refused to record at all and wouldn’t let us restart recording for the remaining 15 minutes of the test. Also, like last year’s Tensor, the G2 also seems to be draining the battery very quickly while the phone is being used outdoors in bright sunlight, mainly due to the screen consuming a lot of power. High brightness mode usually makes the battery drain faster on most phones, but pixels apparently have it even worse, as discovered by the people of XDA.

One nice thing about our battery test format is that the screen-on times you get here closely mimic the SoTs you can expect from these phones based on an average use case. Whether you’re a casual user or a heavy gamer, your mileage will, of course, vary. So I wasn’t too surprised to see that all four phones here couldn’t hit the 6.5-hour mark in this test. For the uninitiated, a SoT of 6-6.5 hours is what is generally called a “full day” battery life on a smartphone. However, all four were close, so they offer almost the battery life you can expect from a 2022 Android flagship.

Here you can see the final screen on times these phones reached before turning off and also the average battery mAh they were draining every minute based on battery capacity. The OnePlus 10 Pro does the worst, dying first despite having the biggest battery of the lot. Xiaomi 12 Pro manages to last an extra 10 minutes but also with a much smaller cell. Both phones suffer from the thermal issues of Snapdragon 8 Gen1 and don’t offer much peace of mind when it comes to battery life. Fortunately, they both come with super-fast chargers and only take about 30 minutes to fully recharge. The Vivo X80 manages to give the exact same runtime but with an even smaller battery. The Dimensity 9000 on board is truly the sleeper hit of 2022’s flagship chipsets.

Going back to the star of the show, the Pixel 7; it manages to last longer despite having the smallest battery capacity. To be fair, it only sat there for 15 minutes in the video recording round when every other phone was shooting excruciating 4K60fps video. But it also has to do with the fact that the Pixel 7 had a 90Hz refresh rate compared to 120Hz on all other phones. Also, the phone doesn’t really push itself to the limit when it comes to heavier tasks like gaming and benchmarking, so it did save some battery there. For what it’s worth, the Pixel 7 lost most of its battery in the video playback round and that’s a bit of a concern. OnePlus and Xiaomi both come with LTPO displays that can adjust their refresh rate according to the content being viewed, meaning they probably switched to a 30Hz or 60Hz refresh rate while the video was playing. The Pixel lacks that capability, and maybe that’s why it drains battery faster.

But one thing that lets the Pixel 7 down is its charging speed. The Pixel 7 series only supports 30W USB PD charging and doesn’t even come with a charger in the box. Our Pixel 7 took about 1 hour and 50 minutes to charge from 0 to 100%, while every other phone here takes less than half that time. This becomes a crucial factor when you’re traveling or in emergencies where you just can’t trust the Pixel to recharge quickly enough when needed. Being a flagship Samsung user myself, I know how this feels and how much it adds to my battery anxiety.

So that was our first in-depth test of the Pixel 7. For now, it seems like a solid, well-rounded option for its price. It’s not designed for hardcore gamers, but it will more than meet your daily performance needs. It can last almost a whole day, though charging speeds can disappoint those switching from a Xiaomi/BBK phone. For more detailed content on the Pixel 7, be sure to check out our YouTube channel.