Samsung Philippines recently held its first film festival, “Untold Stories at Night”, which celebrated short films shot on the Galaxy S22 Ultra. The event highlighted the flagship phone’s Nightography and Pro Video features that proved that high-quality movies can be made with a phone.

Movies have traditionally always been made on high-quality DSLRs and other professional-grade cameras. Samsung took steps to revolutionize the creative process of filmmaking by launching a smartphone equipped with the technology to break the rules of content creation.

#TeamGalaxy directors Mikhail Red, Samantha Lee, Pepe Diokno and Tristan Cua and Noel Escondo from Mobile Filmmaking Philippines took on the challenge of creating short films with the Galaxy S22 Ultra and proved that not only can it be done, but it also redefines the way it is done. that movies can be shot.

A camera that packs a punch

The Galaxy S22 Ultra is a powerful tool for creating movies, mainly thanks to its impressive innovations in the camera. Recording up to 4K60 video with all of its cameras, its four-lens setup eliminates the need for external lenses and allows filmmakers to capture their scenes with a minimum of fuss or frills.

The 108MP wide-angle lens takes high-resolution video with an extended viewing range. Its dual pixel sensor makes content bright and clear. The third 12 MP ultra-wide camera enlarges the scene and allows you to capture a larger frame, perfect for scenes that require wide shots and outdoors. 10 MP telephoto lenses with 3x optical zoom and 10x optical zoom bring out fine details in every scene, even when shooting subjects far from the lens. The phone also brings out beautiful colors and details in every frame enhanced with Super HDR, delivering vivid images with 64 times more color.

While filming “Sinag”, director Tristan Cua of Mobile Filmmaking Philippines praised the new S22 Ultra for allowing them to use all of their lenses in 4K using Pro Video mode, which eliminated the need for third-party external lenses. He also emphasized that experimenting with the phone’s three main lenses (ultra wide, wide and tele) can give users a wide range of shots and emotions for their movies.

In addition to a powerful camera, the Galaxy S22 Ultra is equipped with Nightography, Samsung’s biggest leap in video technology. Night photography was the main factor in making movies successful, allowing #TeamGalaxy directors to break the rules of creating content at night. Equipped with Samsung’s largest pixel sensor to date and complemented by its 4nm processor and Super Night solution, the Galaxy S22 Ultra allows you to bring more light, movement and detail to the camera in low light environments, while eliminating the noise in each frame. This feature redefines the quality of videos that aspiring filmmakers can capture at night with a smartphone.

“The sensor in the Galaxy S22 Ultra is great for low-light conditions and with Pro Video mode we were able to easily adjust the ISO settings for the scene,” says Lumina director Mikhail Red. “We worked (at Lumina) with little to no additional lighting equipment and use the ambient light around us.

Optical Image Stabilization (OIS) and Video Digital Image Stabilization (VDIS) are other features that make the Galaxy S22 the perfect device for filmmakers. These features work hand-in-hand to deliver clear, sharp images by reducing blur and stabilizing videos, even in low-light situations, allowing every scene to be recorded as vividly as seen with the naked eye.

Built for every scene

Making movies with the Samsung Galaxy S22 allows creators to think less about the laborious production process and focus more on their creativity. Swapping bulky cameras for a handy smartphone reduces the time and effort it takes to capture a scene and allows you to bend the rules to get the perfect angle that wouldn’t normally be possible with a traditional camera.

A notable feature of the Galaxy S22 ultra is the built-in S-Pen, which allows users to conveniently draw their concepts and then bring them to life. Samantha Lee, director of “It Was a Love Story (After All)” mentions that one of the best features of the Galaxy S22 Ultra is the S Pen. “I really loved having this pen because as a director I love outlining my thoughts so I can use it and show my team what I had in mind,” adds Lee.

The Samsung Galaxy S22 Ultra is equipped with an all-day 5,000mAh battery and 45W super-fast charging capabilities, ensuring the phone will last through even your busiest production days and remain ready when you need to capture crucial moments.

An additional advantage of the Galaxy S22 Ultra is its IP68 rating. Gone are the concerns of getting the camera wet, as the phone is waterproof and dustproof, meaning filmmakers can shoot in wet or humid environments without compromising the phone’s durability.

According to Mobile Filmmaking Philippines Director Noel Escondo, they were able to shoot exterior shots on the street at night with ease thanks to the portability of the Galaxy S22 Ultra. Escondo also emphasized that the phone’s design made it feasible to continue filming in the rain and eliminated the inconvenience of changing sets. 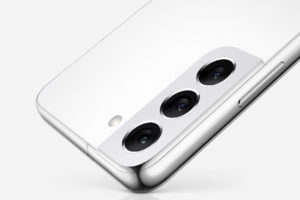 The Samsung Galaxy S22 Ultra’s innovations in photography and videography technology, especially Nightography, have broken boundaries and reshaped the movie-making process. The build quality and practicality make the phone more convenient and accessible to all aspiring content creators and filmmakers, proving that the answer to a filmmaker’s needs comes in the form of the Galaxy S22 Ultra.

Customers can also purchase the Galaxy S22 series for as little as PHP 1,916.25/month at 0% interest for up to 24 months through Samsung authorized stores nationwide. Citibank cardholders can get installments for up to 36 months at 0 percent interest for as little as PHP 1,277.50/month. On the other hand, customers can also trade in their smartphones for the Galaxy S22 series to get discounts worth up to PHP 8,000 at Samsung Experience Stores and selected authorized stores.

All screened movies can now be viewed on the Samsung website at samsung.com/ph/smartphones/galaxy-s22-ultra/untold-stories-at-night/.