The Xiaomi 11T Pro from last year (£592) was one of the best value phones of 2021, offering a flagship-adjacent feature set for an upper-middle-range price. The Xiaomi 12T Pro changes things up a bit, both in terms of specs and pricing.

In a year that has provided more than its fair share of classy mid-rangers, it’s a dangerous game to play. So has Xiaomi managed to hit near-flagship gold for the second year in a row, or has that precarious balance been thrown off balance?

Xiaomi 12T Pro review: what you need to know

As we’ve come to expect from Xiaomi’s T-series, the 12T Pro offers several standout flagship specs at a relatively affordable price. Those specs include the latest Snapdragon 8 Plus Gen 1 processor and 256GB of internal storage as standard.

The headline feature here is the 200MP main camera, while your attention may also be drawn by the provision of a 120W charger in the box.

All this wrapped in a more modest design, dare we say mid-range, than the Xiaomi 12 Pro presented earlier this year. Meanwhile, the 12T Pro’s 6.67-inch flat AMOLED display isn’t as big, sharp, or bright as the equivalent panel on the aforementioned flagship phone.

This set of carefully calibrated compromises results in a phone that’s capable of high-end feats at a price that’s several hundred pounds less than a genuine Android flagship. But is it still enough?

READ NEXT: The best mid-range smartphones to fit any budget

Before you start complaining about inflation and rising costs, it’s worth noting that while the Xiaomi 11T Pro shipped with 128GB of internal storage, the only Xiaomi 12T Pro model available here in the UK comes with 256GB. That doesn’t quite justify the £100 price increase on its own, but it does help soften the blow.

Elsewhere, the Xiaomi 12T Pro finds itself in direct competition with some compelling alternatives. Its price falls in the middle of the Pixel 7 (£599) and the Pixel 7 Pro (£849), for example, while it’s £70 more expensive than the similarly toned OnePlus 10T (£629).

The Xiaomi 12T Pro may function as a flagship phone, but it doesn’t look like it. Its dimensions are quite typical, with a thickness of 8.6 mm and a weight of 205 g. But countless little details hint at a midrange grounding.

It’s right there, on the flat screen with its thick plastic frame and slightly generic silky-gloss finish on the black glass back. The 12T Pro is also available in silver and blue, which I find a bit more interesting.

The industrial-looking camera module is the main design feature of the Xiaomi 12 Pro, although the 12T Pro’s huge 200MP main camera adds another layer. It’s quite unsightly and is the most obvious differentiator between this phone and the regular Xiaomi 12T.

This mid-range design approach goes beyond the appearance of the phone. Take the use of Gorilla Glass 5 for the screen instead of Gorilla Glass Victus, or the provision of an IP53 dust and water resistance rating over the usual IP68.

Along the top edge of the phone, you’ll find written evidence that Xiaomi has stayed true to its partnership with Harman Kardon. The American audio specialist has fine-tuned the 12T Pro’s stereo speakers, just as it did with the Xiaomi 12 Pro. They offer strong separation and decent high-end, though they lack depth and a fair amount of power in the low-end. when played together with the iPhone 13 Pro.

Another feature on that top edge is Xiaomi’s usual IR blaster, which lets you use the 12T Pro as a stand-in for all your remotes via the included Mi Remote app.

READ NEXT: Our full roundup of the best smartphones available

The Xiaomi 12T Pro includes a 6.67-inch AMOLED screen with a curious resolution of 1,220 x 2,712. That is neither FHD + nor QHD +, but something in between. If anything, it’s closer to the resolution you’ll find on Apple’s iPhone lineup, making for a pleasingly sharp image that doesn’t hit battery life too much.

You get a 120Hz refresh rate here too, although this isn’t an LTPO panel like the Xiaomi 12 Pro, so you can only scale in 30Hz increments rather than down to 1Hz.

It’s a well-tuned AMOLED panel with Dolby Vision support, something the regular Xiaomi 12T lacks. Going from the flashy default Vivid mode to Original, I recorded an average Delta E of 0.75, which is excellent. It also covered 99.3% of the sRGB color gamut, with a total volume of 101.4%.

This is also a completely flat screen, unlike the double-curved panel on the Xiaomi 12 Pro. It might not look as flashy, but the 12T Pro screen is much better when it comes to eliminating false input and accommodating distortion-free media playback.

Where the Xiaomi 12T Pro manages to outperform the Xiaomi 12 Pro is in its performance, courtesy of an upgraded Snapdragon 8 Plus Gen 1 processor.

Xiaomi has managed to save a bit of money by giving us only 8GB of LPDDR5 RAM. There are 12GB variants, but not here in the UK.

However, there’s not much to worry about in real-world use. I was routinely able to get through 15 or 16 hours of light to moderate use with around 50% charge remaining. Heavier days should still see you last until bedtime.

If you hit the 12T Pro hard enough to require a quick top-up, Xiaomi has included a 120W charger in the box. In my experience, it’s able to get the 12T Pro from 0 to 100% in just 23 minutes, which is incredibly fast.

Another sign that the Xiaomi 12T Pro isn’t aiming for true flagship status is the lack of wireless charging. I would have expected to see this on a £700 phone, so it’s a bit of a disappointment.

The Xiaomi 12T Pro runs on MIUI 13 out of the box, which sits on top of Android 12. It’s essentially the same setup as the previous Xiaomi 12 Pro.

As ever, Xiaomi has taken its UI cues from both Apple and Google, albeit a somewhat clunky approach. By default, drag down from the top left for notifications and from the top right to toggle Control Center.

You can go back to a notification menu integrated into the Settings menu, and the strongest aspect of MIUI 13 is, in fact, its high degree of customization potential. Nowhere is that more evident than in the Xiaomi Themes app, which provides access to a dizzying number of custom wallpapers and matching icon packs to download and use.

However, it could have done without all the usual Xiaomi bloatware. Do we really need Opera web browser and Xiaomi Mi Browser in addition to Chrome?

READ NEXT: Check out the best smartwatches you can buy

The Xiaomi 12T Pro has a curiously crooked camera system. For one, you get a headline-grabbing 1/1.22in 200MP main sensor. On the other hand, there is a meager 8MP ultra-wide sensor and a 2MP depth sensor. There is no telephoto camera at all.

Still, let’s focus on that main camera, as it really is the main event here. With 16-in-1 pixel binning, it produces 12.5 MP shots with considerable detail, as you’d expect. What it doesn’t do, despite that glut of pixels, is provide image quality that rivals the best Apple and Google have to offer. It’s good, but not that good.

There is an AI assist mode, but you’ll need to turn it on manually if you want more help with shot selection. I found that while this could improve flat or muddy shots, it generally gave scenes an unnatural bluish cast, so I generally left it in favor of the more naturalistic default mode. 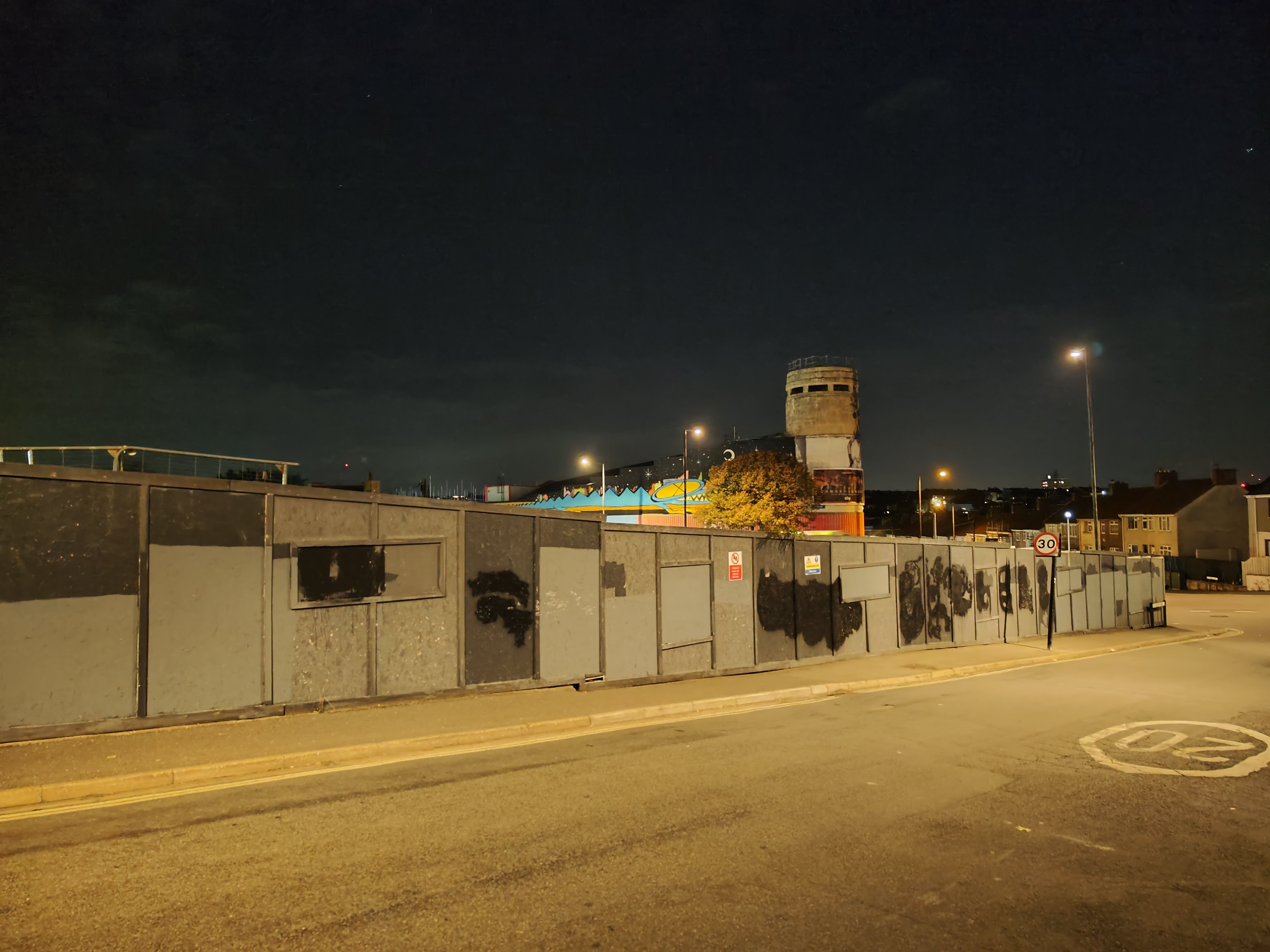 One thing this huge sensor didn’t do very well, in my experience, is capture convincing shots in Night mode. It’s perfectly adequate on this front, but I did notice signs of pronounced graininess and a general lack of clarity. The Xiaomi 12 Pro’s 50MP camera certainly captured clearer shots in similar conditions. 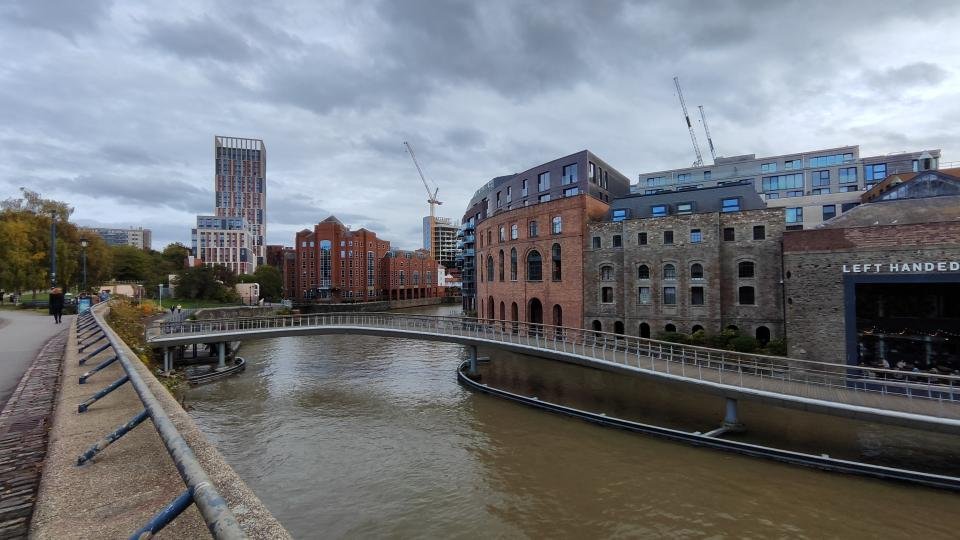 As suspected, the 8MP ultrawide isn’t particularly impressive, with a massive drop in detail, particularly towards the edge of the image. Elsewhere, the pixel-packed main sensor does a reasonable crop of shots for 2x shots, though it’s still not a replacement for a decent telephoto lens. 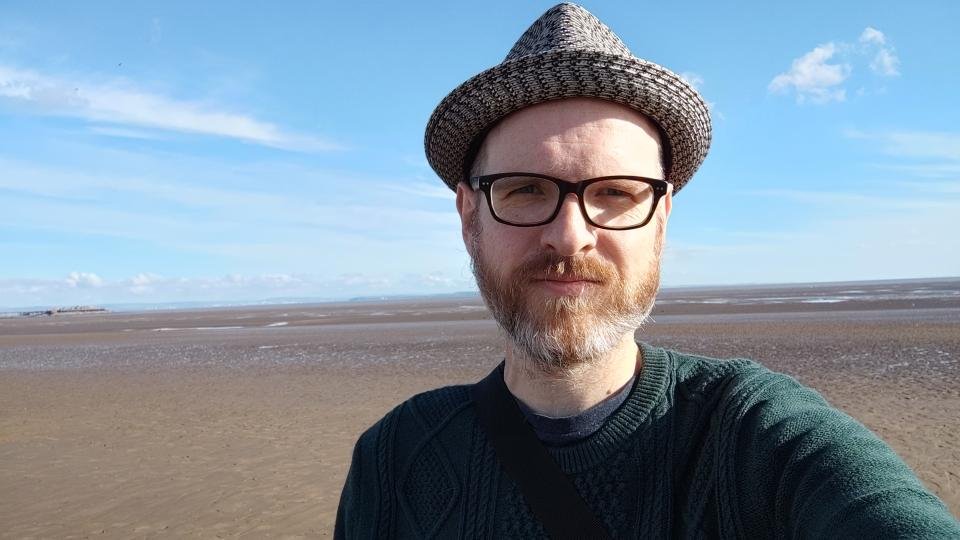 The 20MP selfie camera does a reasonable job with skin tones, as long as you disable Xiaomi’s hideous beautification slider.

The Xiaomi 12T Pro is another strong flagship from the brand, offering some very attractive specs for a price just south of the top bona fide contenders. It’s not as convincing a package as last year’s Xiaomi 11T Pro (£592), however, for a couple of reasons.

Most obviously, the Xiaomi 12T Pro costs £100 more than its predecessor. While it’s still good value for what you get, the phone is now priced much closer to flagship phones, and well above the latest generation of hot mid-range phones, meaning its commitments are presented in a slightly harsher way. light.

It’s a bit trickier to ignore the mid-range design, lack of wireless charging, and poor secondary camera offering. In fact, while the phone’s 200MP main camera certainly catches your eye and is capable of capturing well-balanced, detailed shots, it’s not among the best in the business.

If you’re on a strict £700 budget, the Xiaomi 12T Pro is a good option. But with the likes of the Google Pixel 7 on the market for less moneyis far from the only one.