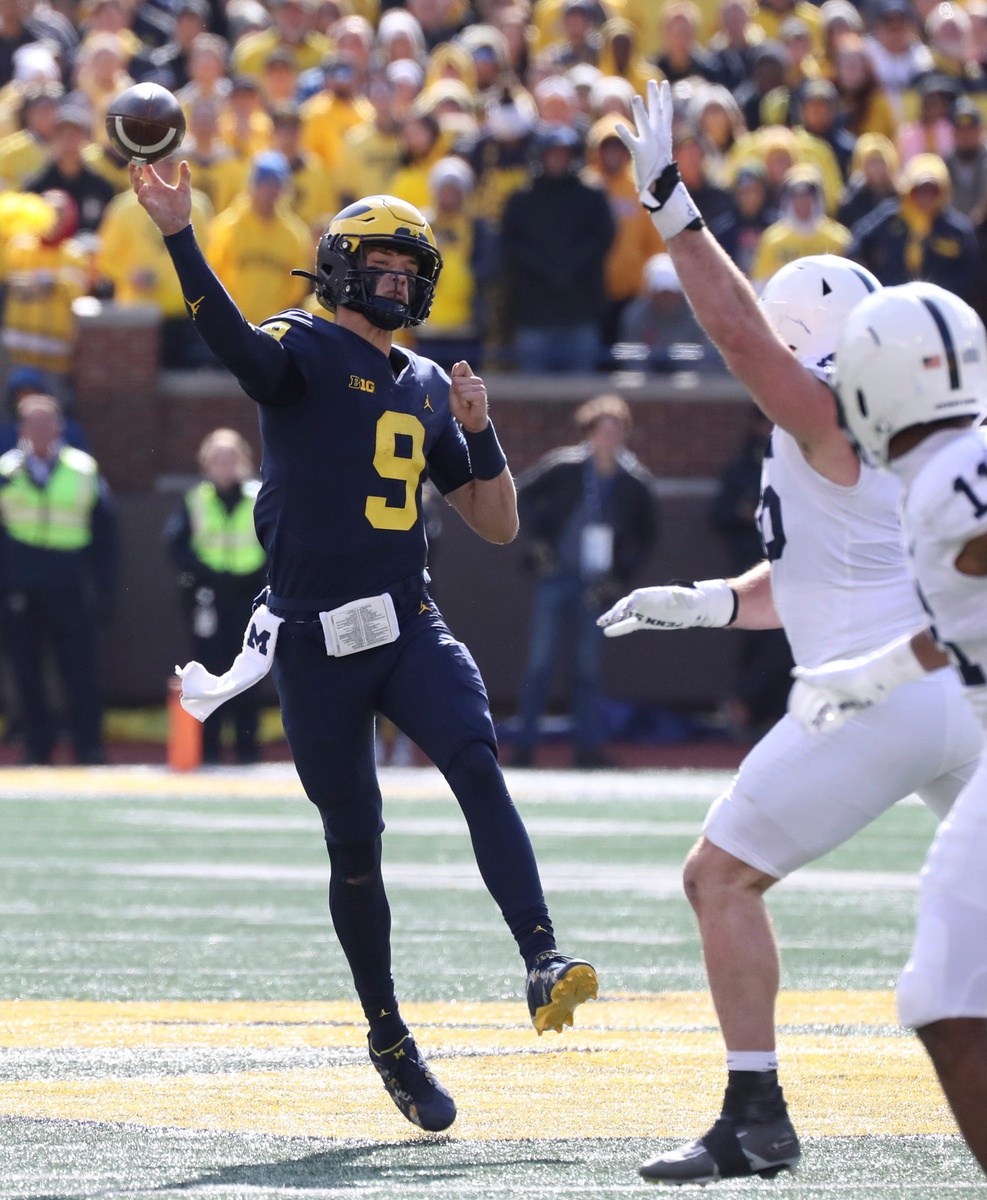 Michigan Stadium is where the Michigan Wolverines (9-0) will compete against the Nebraska Cornhuskers (3-6) on Saturday. Michigan is a 28-point favorite of Las Vegas oddsmakers. The total is 52.

The Nebraska Cornhuskers head into this matchup 3-6 for this season. In their last meeting, the Cornhuskers faced the Minnesota Golden Gophers and went home with a final score loss of 20-13. Logan Smothers hit 5/10 with 80 yards through the air. He had a 117.2 QB rating and finished the contest without throwing an interception. Anthony Grant led the Cornhuskers rushing offense with 21 totals for 115 yards (5.5 yards per carry). Once the final whistle blew, they rushed 61 plays that turned into 267 yards. The Nebraska Cornhuskers ended up rushing the ball 35 times and had 146 yards, earning them an average of 4.2 yards per carry. Against the run, the Cornhuskers gave up 125 yards on 45 attempts, which is an average of 2.8 yards allowed per rush. Nebraska gave up 12 of 20 completions for 175 yards and a 60.0% completion percentage.

The Cornhuskers have managed 3,484 total yards over the course of this season. In terms of getting the ball into the end zone, Nebraska has compiled 12 passing touchdowns and 17 rushing touchdowns. They have surrendered football on 18 separate occasions. Nebraska have posted 180 first downs as a unit and have committed 53 violations for 425 yards. As a team, they average 143.2 rushing yards, which ranks 74th in the country. In terms of scoring, the Nebraska Cornhuskers are averaging 25.6 points per game.

When it comes to passing yards, the Cornhuskers are giving up 2,323 yards, which ranks them 99th in the country. They are allowing 258.1 yards per game through the pass and giving up a 62.8% completion percentage. Over the course of this season, they have given up 441.0 yards per game, which ranks 113th in college football. They have given up 14 passing touchdowns in addition to 18 rushing touchdowns. The opposition is rushing for 4.5 rushing yards and 182.9 rushing yards per game on the season. During the season, they have allowed 1,646 rushing yards in 9 outings. The Cornhuskers rank 91st in the country in regards to opposition scoring, conceding 29.4 points per game.

get all of our College Football Expert Picks

The Wolverines are heading into this game 9-0 for this season. The last time they stepped on the grid, the Wolverines took victory with a 52-17 final against the Rutgers Scarlet Knights. JJ McCarthy (2 TDs) finished the contest with 151 yards on 13/27 passes, while his QB rating was 119.6. He didn’t throw interceptions and his Y/A was 5.6. Blake Corum carried the rock 20 times for 109 yards, finishing the contest with 5.5 yards per carry for Michigan. The Wolverines finished the game with 433 yards while rushing 80 plays (5.4 yards per play). Michigan rushed the ball for 5.3 yards per attempt, finishing the game with 282 yards on 53 carries. Michigan gave up 19 rushing attempts for 14 yards (0.7 yards per carry). The Wolverines’ passing defense allowed a 48.3% completion percentage, giving up 166 yards on 14-for-29 passes.

The Michigan Wolverines are averaging 465.7 yards per game, which ranks them 21st in the nation. Michigan’s offense has compiled 325 penalty yards on 40 violations, which ranks it 118th in Division 1 in terms of hurting its team. For the year to date, the Wolverines have a total of 1,941 passing yards in addition to an average of 215.7 passing yards per outing, which ranks them 93rd in the country. Relative to how much they score, the Wolverines currently rank fifth in the country at 42.2 points per game.

Who will win tonight’s Cornhuskers/Wolverines college football game against the spread?

Get $60 in premium member selections for FREE. Without obligation. No seller. No credit card. Quick registration with instant access Click here